The Power of Nature and Prayer

It's getting a little scary around here.  I am like a little kid when it comes to storms.  I don't like them at all.  Tornadoes are just frightening.  I don't understand storm chasers at all.  My whole being says to go away from them.

It's so sad to see how much destruction can come from a hurricane in just a matter of hours.  I grew up going to Daytona Beach.  Over the past few years, me and my kids have gone to a few places on the gulf.  We went to Naples two years ago.  I had been there before and we used to go to Fort Myers with my grandparents.  The last time I was there, I was pregnant with Sydney.  I was walking on the beach when her name hit me and I knew that's what I wanted to name her.  It was Thanksgiving and she was born in February.

It is just unreal watching all of this on the news.  I felt so incredibly bad for the people of Texas.  I have never been there, though.  I have so many memories along the whole state of Florida.  Our last trip was just in June to Jacksonville with our whole family.  They aren't going to be hit like the west side, but there isn't much protection in a lot of those places.

Locally, we are going to be part of a tropical storm warning.  There has never been a tropical storm warning where I live.  We get "remnants" of storms with wind and a lot of rain and in bad hurricanes we have had tornadoes, but I worry this is a whole different situation.  My younger son says it won't be bad.  I am so glad he's so smart.  What is it about 18 that makes kids think they know everything?  I have been through it three times.  That and 13.  I didn't mind the terrible two's except I think they mean it lasts two years, it has nothing to do with just being the age 2. Anyway, I explained our trees aren't used to the kind of wind we are going to get and we have had a lot of rain.  I think one of the weather people described it as pulling a tooth.  You wiggle something back and forth and it's going to come out of its roots.

I am just teasing about my son.  He is really smart, and he's like me, he doesn't like bad weather.  He's just thinking positive.  That and he's always on the go.  The thought of being stuck at home for a couple of days, maybe without power, is like punishment to him.

I don't mind being at home.  I am most of the time anyway, but I want my power.  I posted new earrings on my Etsy shop just in case I have a hard time in a couple of days.

This has naturally caused a lot of worry and fear.  I saw something on social media about a preacher saying what if everyone prayed.  If we all got together and prayed we might send it back out to the sea.  This was a couple of days ago before it made it to the Keys.  That totally makes sense to me.  We rely on everything but God when He is the only thing we can rely on.  So many, to be honest including me, have wondered if these things are punishment.  I really wonder if it isn't a plea for us to turn to Him.  That's all He wants.

My son had his devotional out the other day and I read it for that day and the next.  I didn't know if he would move it.  Maybe this is why he is being so positive.  It said God doesn't want us to worry.  We are to wake up and give the day to Him.  He knows our day and will carry us through it.  We are supposed to just trust in Him.  We know this, but we still try to handle things ourselves.

The news people are funny to watch.  They get so excited.  A cameraman fell earlier, one got hit in the head by a branch, and one channel saw The Weather Channel's suburban driving and thought they were crazy.  They finally said, "Well, I guess they know what they are doing, they are The Weather Channel."

It's funny how the same nature that can cause such disaster and ruin can also form beauty.  The gemstones, crystals, and other materials I love to use and see in jewelry is formed by volcanoes, the sea, and the earth.

I love mixing metals and thought these items really turned out pretty. 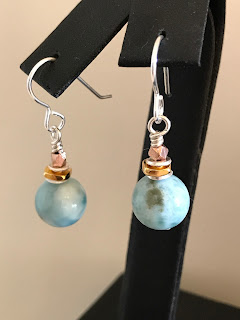 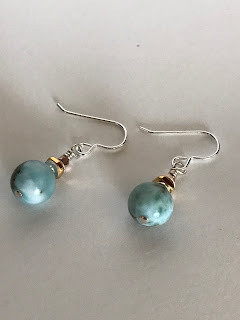 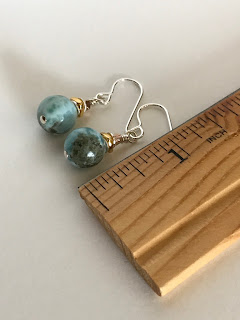 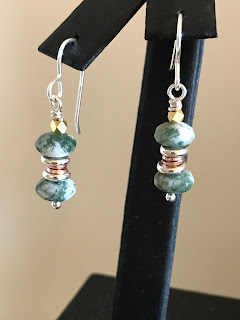 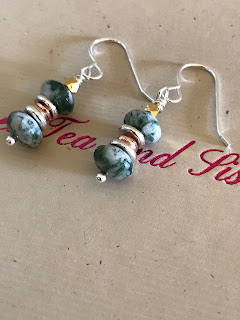 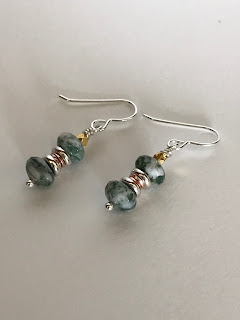 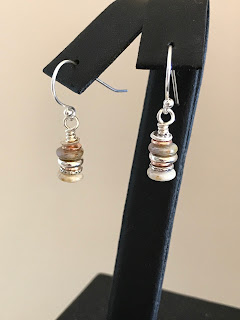 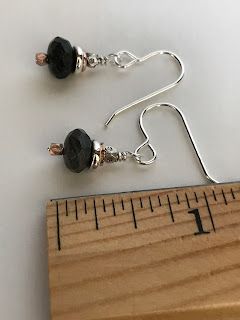 These are pictures from our trip to Naples.  It was Mia's first and last trip anywhere.  That poor little dog does not like to leave home!  My brother and sister and their families have gone to the west side for the last few years.  Prayers for everyone in, and that has been, in the track of this terrible storm. 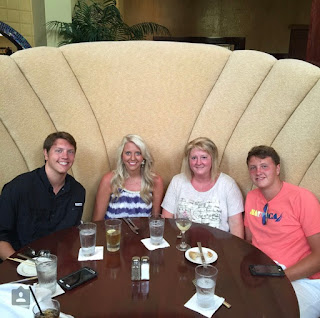 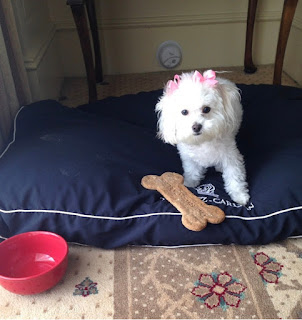 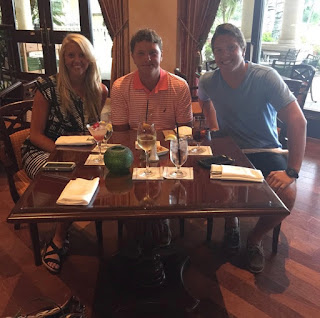 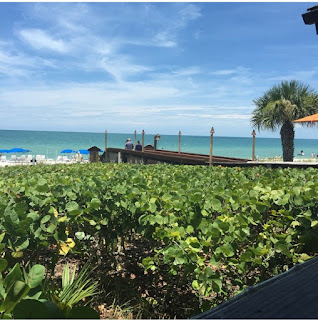 The whole state of Georgia, all 159 counties, have been placed under a State of Emergency.  I don't think that has ever happened due to a hurricane before.  Strange times indeed.