It's always best to think of others before yourself.

There are times you have to put yourself first, but generally, it is good to be selfless instead of selfish.

I just don't know what to say about what has happened to the people of Texas.  To see them go for days without bare necessities and food and water and have children on roofs of homes hoping and praying to be rescued as the water grew higher and higher is just so sad.  It is just an awful thing to watch and while we want to know out of concern how they are and how we can help, it is ridiculous the way some media people have invaded their space.  There is a video going around of a woman/mother who just got to a shelter after days of no food with kids who were wet, cold, and hungry and she just let the newslady have it.  Seriously, how do you think these people feel?  You don't have to exploit them while they are just scared and have lost everything material.

That's the most difficult thing ahead.  First and foremost is safety and surviving, but how long is it going to take for these poor people to rebuild?  It has to be overwhelming.

You can't help but think that this storm was of such magnitude at a time when we have been focusing on the wrong things and moving further from God definitely became the top of our country's priority list.  God is all powerful and can remind us of this, but we also have a gracious and forgiving God.

I have seen this being passed around social media.  The significance of the numbers are the date of the eclipse (chapter) and the dates of the hurricane (verses).

The Coming of the Son of Man

25 “And there will be signs in the sun, in the moon, and in the stars; and on the earth distress of nations, with perplexity, the sea and the waves roaring; 26 men’s hearts failing them from fear and the expectation of those things which are coming on the earth, for the powers of the heavens will be shaken.

I know there were times when my kids were little and they had been arguing with each other more than normal.  It was usually when they were bored and it would just seem like for a day or two they couldn't get along and fought about everything.  I would reach a point and just punish everyone, take everything away to prove a point.  I know in some of those situations maybe one got punished more harshly because they hadn't "done as much."  I have three and if one was fighting with the other two I would tell them you are the common denominator here, so maybe you need a time out. My point is, a lot of "innocent" people are being punished for a nation of chaos. Redirection would sometimes work with my kids.  They just needed a new focus. I don't know if I am making sense, but God has the power to get our attention and we definitely needed a new focus. At the same time, the people who are victims of this flood are paying a high price for everyone.

I know everyone has been praying for them and I am so glad President Trump declared today a day of National Prayer.  I asked my cousin's wife, a friend of mine and a very busy mom of 3, to share a post on Facebook the other day and in her busy afternoon in her words she took a "pause for the cause."  We certainly are in a time much needed for pause and clarity to help these people in need and ourselves.

It makes us feel helpless.  Like with Katrina, you are able to donate everywhere.  I was at the grocery store Friday night and you can give a couple of extra dollars here and there.  It doesn't hurt you too much, but if everyone does it a little here and a little there, it sure adds up.  You can donate lump sums, organize donations, and I am sure there will be so many opportunities to donate your time when they are cleaning up and rebuilding.  Prayer doesn't cost a thing and does more good than anything.

It's just sad and I look around my home and at the little everyday things I take for granted.  These poor victims were taken back in time and stripped of everything modern in just hours.  Maybe those good people who have had such a tragic week are just the people God knew would get something out of it and reach out to others before our country ends up in war with itself and everyone ends up "on a roof" except we won't have a country pulling together to save us.

It has definitely been a week of deep thought and counting blessings. 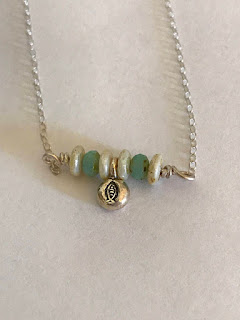 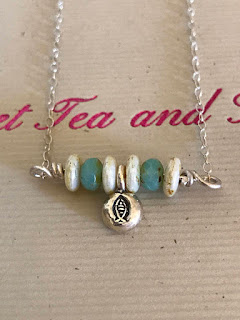 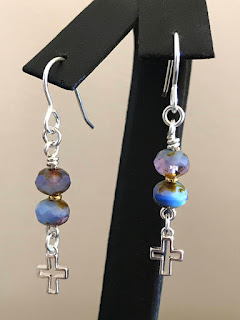 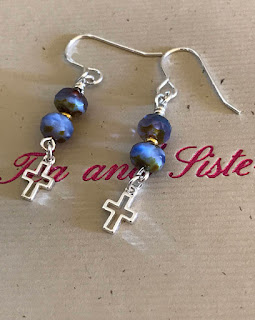 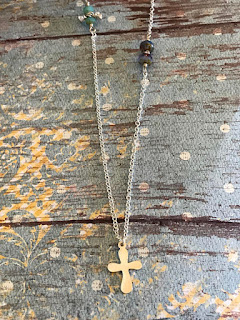 My son's sweet and beautiful girlfriend modeled for this picture. (I just love her!!!) 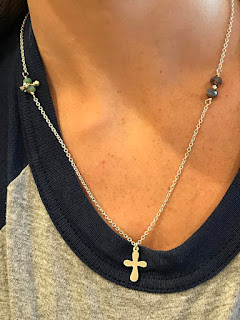 As always, the pieces come from packaging that is like a gift in itself. 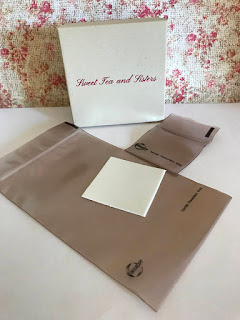 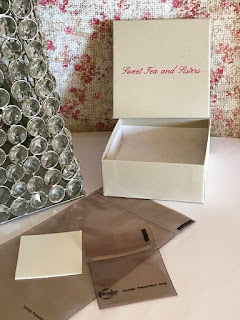