My parents and grandparents are still together.  My sister and her high school sweetheart are still together with 5 kids and my brother and his wife with 3 kids.  I am definitely in the minority in my family being divorced.

My younger son, Stratton, is 19 and has the sweetest girlfriend.  He is really close to her dad.  Her parents are such a sweet couple so he has a great example in them.

His girlfriend's name is Courtney and they are the cutest couple.  They graduated from high school together last May and started dating after Football Homecoming their senior year.  They were on dates with other people and the more the group hung out together the more they realized they had in common.  They were official for a year in December.

You can tell they just have fun whatever they are doing. He is at her house a lot, but I know it's because he is close to her sister, mom, and dad.  Not having his dad around, he enjoys doing things with her dad.  They grill out and do other guy things.  Having two girls, I am sure he enjoys having Stratton around.  BUT, he does like to tease him!

This past summer, Stratton, Courtney, and her dad and sister went water rafting.  It was a place her dad picked out and I kept teasing with Stratton not to sit by her dad on the trip!  Sure enough, there was a place deep enough to get out and swim.  Her dad knew where it was, but, of course, Stratton didn't.  The plan was for her dad to kind of "push Stratton over" but he said he was so planted knowing he was up to something it wasn't as easy.

Her dad loves teasing with him, but I am so glad they get along and have a fun time together.

Yesterday being Valentine's Day was a big day for them. Stratton wanted to take her to a nice restaurant in Atlanta.  He looked for a place with a dress code because he wanted them to dress up.  He even went last week and bought a new suit.

They had agreed not to exchange gifts, but Courtney got him something anyway and texted me to see if I could put it outside his bedroom door after he went to sleep so he would see it first thing yesterday.

I felt like Cupid and Santa Claus leaving it out for him.  I forget the kids are much taller than me so I carefully put it a little more outside the door so he wouldn't walk by it. 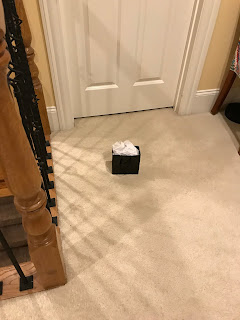 WELL, he has a Jack and Jill style bathroom and I think it's the first time since we have been in this house for two years he has come out the other bathroom door and gone downstairs that way!

He didn't see it before school, but waiting, she was able to see him open it.  They both said it must not have been meant for him to see it, maybe delaying him on the road.  Their strong faith is so important to both of them and why they get along so well.

He had this planned for some time.  Here is a picture of the sweet couple. 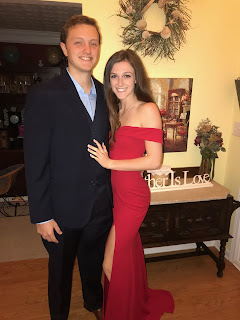 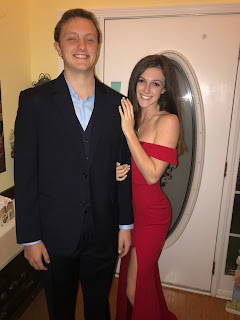 Stratton binge watches the show The Mentalist.  I think he looks a lot like Patrick Jane! 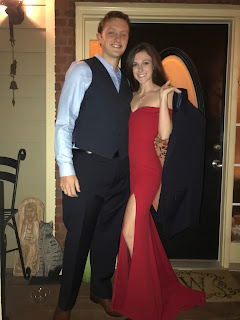 Courtney looked absolutely beautiful.  When I say he planned this for awhile, I mean it.  He gave her the dress for Christmas. 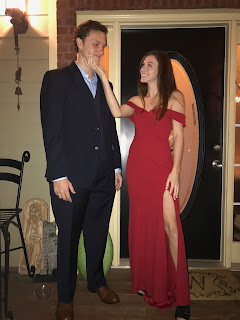 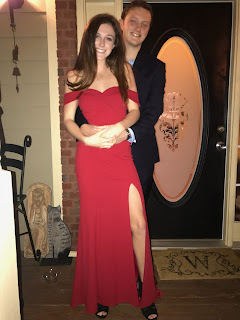 They just always have fun going out on a date or cooking dinner together or looking at the stars from my mom's front porch or doing their devotional.  I feel intrusive getting a picture of that, but it's my favorite thing to see and one day I will get one!


My sweet girl, Sydney, brought these to me for Valentine's Day!  I wasn't expecting it at all! 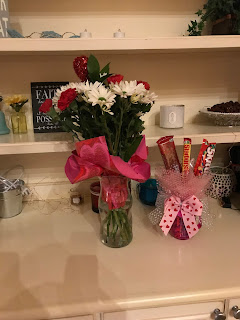 Speaking of rare, beautiful things, I got these yesterday.  There's no way for a picture to do them justice.  They are AAA+ Natural Black Ethiopian Opal.  I also have some fun beachy charms coming in today for more beaded bracelets getting ready for warm weather!  I am in a creative mood! 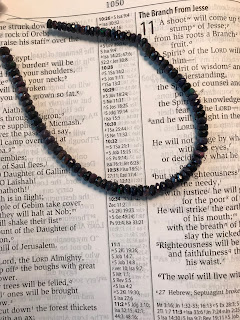 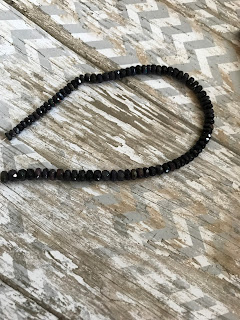