Getting ready and shopping for Spring Break?

Are you as ready for warmer weather and tropical style jewelry as I am? Some jewelry can make you feel like you are on a beach vacation no matter where you are.

I think we need an APB out on Spring to hurry up and get here.  APB can stand for All Point Bulletin, but it can also stand for Acai Purple Berry.

I have just gotten in new Acai (pronounced ah-sah-ee ) beads and I am obsessed with them!  They are so natural, pretty, and colorful.  Knowing these beads come from acai berries in the Amazon Rainforest is just amazing. They are the pit of the Acai berry fruit.  Acai juice is made from the thin layer of pulp. The seeds (or pits) are hand drilled and the whole process getting them from the rainforest to the end product is done by hand.  No two beads are alike.  The black line is a natural part of the seed.

We are (slowly!) moving towards a season of wearing more natural and earthy pieces.  They just have a different feel than worn any other time of year.


I love history, stories, and legends behind things we know and enjoy.  I chose the song, "It Is Well With My Soul" for my custom charms with my original artwork because I love the saying and the church song brings so many great memories for me when my grandmother sang in our church choir.  I posted about the history of the song and the inspiration behind the writing of the song in my post It Is Well With My Soul.

Acai berries are found in Brazil in the Amazon Rainforest.  The legend behind them is quite sad.  It seems strange to think the rainforest can have a drought, but according to the legend this was the case at one time.  There was a tribe that lived in the mouth of the Amazon River.  It was where Belem is located today.  The tribe was very large and powerful.

They experienced a very rare drought.  The river that was used for travel and fishing dried out and fish died.  The forest dried up and caught fire.  The tribe was not prepared for such a rare drought.  A great hunter was the leader of the tribe named Chief Itaki.  He became very worried about his people and how they would eat.  There were so many of them.  He came to a terrible decision and gathered his people to tell them that any future children born would have to be sacrificed because there were too many people to feed.  Many were already slowly starving to death.

Not long after his decision and announcement, his only daughter, Iaca, found out she was pregnant.  Being his only daughter, he adored her and he gave her the best of things and she was a true princess of the Amazon.  The time finally came when she gave birth to a daughter.  Iaca couldn't protect her daughter and she was sacrificed.

Iaca cried for three days and nights.  She wouldn't leave her hut and desperately prayed to Tupa, the jungle god, that there would be another way to save their people without sacrificing another baby.  One night, as she prayed, she heard a baby cry.  As she opened the door of her hut, she thought she saw her baby sitting in the spotlight of a full moon at the base of a big palm tree.  She ran to go hug her daughter and when she got her arms around her, she disappeared.  She found herself hugging the base of the tree.

This was just too much for Iaca and she died from a broken heart holding onto the trunk of the palm tree.  Her father found her body the next morning and was devastated.  She died, but she was smiling and her eyes were open looking up.  He followed her eyes upward and saw the branches covered in dark purple and black berries up in the tree.  He ordered them taken down and the pulp was mashed up and a porridge was made from them.  They found more trees and the source was enough to sustain his people.

Chief Itaki ended the sacrifice of babies and in honor of his daughter he named the berries, acai, her name spelled backwards.

The beads I have used for these bracelets come from the basin of the Amazon Rainforest in Brazil.  They are just so natural and it is good that while most of the fruit is used as juice around the world, the pit of this wonderful fruit doesn't go to waste and it provides jobs for the harvesting and hand drilling of each bead.

I take a lot of time and pride in where I get my materials for my jewelry and the history and knowing where they originally come from makes them even more precious.

I grew up in the south (Georgia) and haven't traveled to many places so learning about other countries and cultures is just so interesting to me.  I have such a love and respect for family and tradition so I really enjoy learning about traditions and ways of life passed down generations in other cultures.

The native people of the Amazon Rainforest know how to use resources while also taking care of the land.  They know when to move on and give the land time to replenish itself. They have respect for their land and it is sad and terrible the way others have treated the land.  Their knowledge has been passed down from generation to generation and we have not only disrupted precious land and resources, but the people who are from there and their way of life.


These are what I have made and listed so far, but I have many more beads and ideas for them!  You can click on the title to go straight to the listing in my Etsy shop. 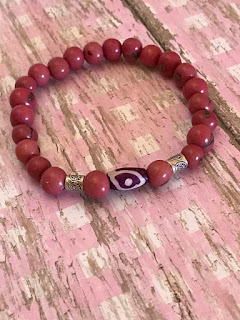 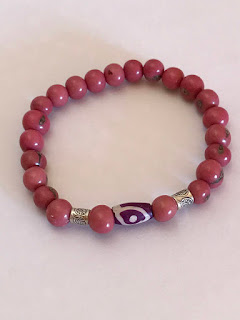 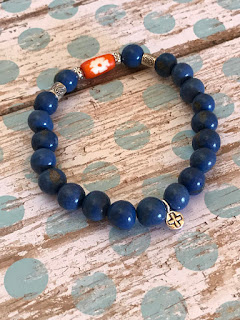 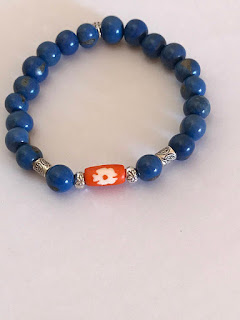 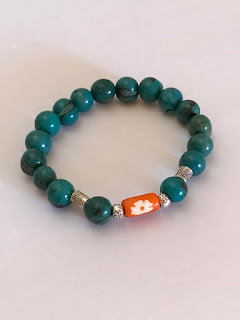 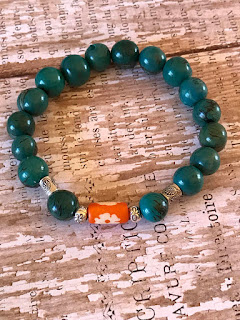 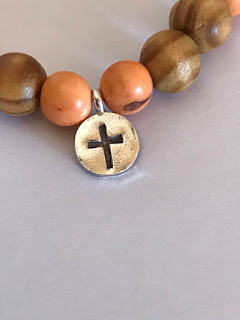 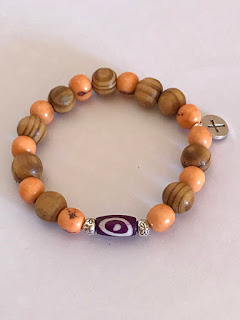 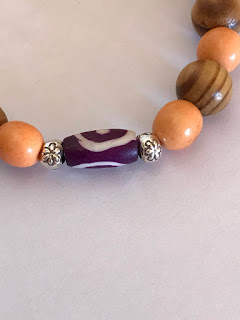 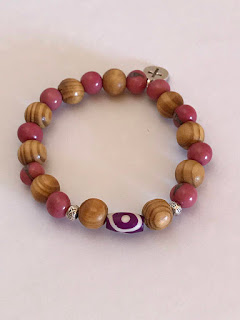 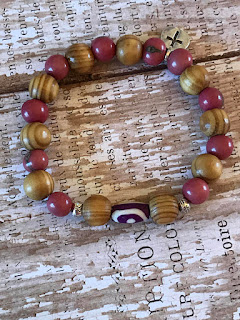 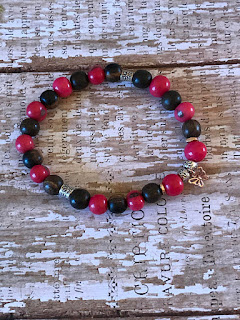 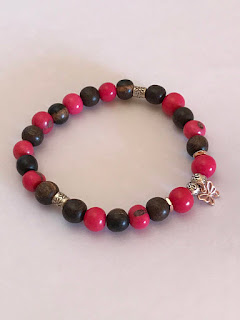 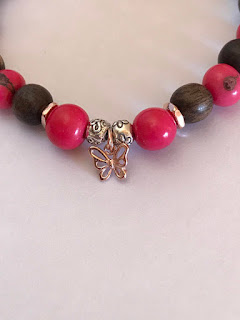 *Just a note about the care of these beads (especially with warmer weather and getting in water coming up).  They are a lot like wooden beads so if they get wet, dry them with care.  The best way to dry them is to place them on a paper towel or cloth and keep them there for a few hours.  A little bees wax can give them a sheen, but only a very little bit.  Like wood, oils can soak into the beads and make them darker.