Don't have a significant other for Valentine's Day?
Valentine's is a day of love and I think that can consider friends and family in the way of your kids, parents, siblings, and anyone you love.
Friendships of the same sex, or even opposite, are very important.

True friends can lift your spirits and self esteem like nobody else sometimes!

I have a "Friendship" charm that would be perfect to give to a friend or family member you love.  The Bible verse is Ephesians 4:29-32 and I think it is perfect for friendship.

Today I am thankful for my kids' friends.

They are all blessed with people outside of family who they love and can count on.  Some are friends from high school, friends they work closely with, and new friends.

My younger son, Stratton, has the sweetest girlfriend and she and her sister have become close friends of my daughter, Sydney, and older son, Shane.  Having all three of my kids live at home and commute to the same college helps them "share" friends.  I absolutely love my son's girlfriend and her whole family.  Her mom and I couldn't have more in common and we just have a great time together.  Her dad has the funniest sense of humor and is a lot of fun!

My older son, Shane, has some great friends he works with and trains at his gym.  He has three in particular and I know they sincerely care about him.  One is the owner and he and his wife have four kids and tease that Shane is the fifth. Their kids even call him their brother.  Both of them look after him and always have his best interest at heart.  The other two guys have proved many times they are true friends.  He also has another great friend he enjoys hanging out with who comes from a great family and I consider his mom a friend of mine.  He has a lot of friends from high school, especially through football, and the friendships I made with those parents will always be so special to me.

When Shane's friend and his wife were posting 1st day of school pictures of their four kids, they took this one of Shane's first day of college.  Pretty funny! 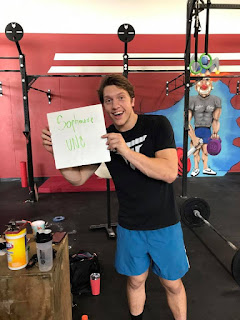 My daughter, Sydney, has great friends from high school and church.  She has been friends with one of the girls since she was a baby!  From the first time they met they just loved each other.  Another friend of hers calls me "Mama April" and while they have only known each other a shorter time, Sydney is going to be in her wedding. They just get along great and it's easy to see she is a sincere friend.  It's hard to find true, loyal friends.  I think it is even harder for girls.

I am especially grateful for all of these friends of my kids because their parents are my friends.  I think that happens a lot that you find adult friends through your kids.  I have friends from high school and college, but being a stay at home mom for years the biggest part of my social life was through my kids' sport and school activities.

Stratton, my youngest, has a group of guy friends from middle and high school.  They are a great group of guys and come from great families.  One of his best friends calls me his second mom.  The boys in this group played football.  Although Stratton didn't play in high school, he was a loyal fan and supported his friends.  He went to all of the games and even went when some of them had their signing day for college.  When I had to do Stratton's senior yearbook ad, I was trying to come up with a Bible verse that was different from my older two and fit him just right.  I used Proverbs 27:17.

I thought this was perfect for him.  Not long after I chose it I was proven right.  The mom of one of his closes friends told me something that still brings tears to my eyes.  At senior night before one of the football games the players were recognized.  This friend's dad was the head coach and my older son, Shane, played football under him.  As the friend was standing on the field after being recognized as a senior, his mom said he pointed to where Stratton was in the stands and he told her he had been there all along.  All through high school he was in that one spot cheering them on.  You just never know what some things mean to someone.

I am thankful for my kids' friends and even more thankful and proud that my kids know how to be a true, loyal friend to others.  You don't always get that back in return, but that has never held them back from being the kind of friend they want to have.  They don't have a relationship with their dad or his side so they value others who choose to be a part of their lives and sincerely want the best for them.  I think because of their situation they have a better appreciation for those outside of family who care about them.

I think we all have that friend that you feel you are supposed to know and be friends.

I have always lived in the same (use to be!) small town so I have a lot of friends from childhood.  There is so much history and they know me so well.  Especially the friends from high school.  I also have great friends from my sorority in college.  Thankfully, we can keep up with each other through social media.

My kids were at a small, Christian school when Stratton was in the first grade.  I was room mom with another mom that year.  She always seemed familiar to me, but I just thought maybe she reminded me of someone.  We worked together for almost half the year and I said something about my family going on an upcoming trip to Daytona Beach, Florida.

Every year growing up, my family went to Daytona.  When I was in high school we stayed at the same hotel and every year the same group of kids were there.  Some were from out of state and some were from the same county as we lived in.  It was funny because we lived near each other, but only saw each other in the summer in Daytona!  We all stayed at the hotel except for this one girl who had a condo next door to the hotel.  She was a gorgeous blonde and was from not far from my hometown.

As soon as I said we were going to Daytona and the room mom said, "My dad has a condo there," I knew who she was.  She had dark hair instead of blonde, but I realized why she was so familiar!  She was the blonde and part of the big group I hung out with in the summer.

After high school, we started staying somewhere else and I lost contact with a few of the people I only saw in the summer.

She was kind of quiet when we were younger and to be honest, the boys were happier to see her come over than the girls because she was so pretty!

My kids moved from that school, but we keep up through social media and it has been a while since we hung out but we run into each other sometimes at the mall or other places.  When we do see each other, we just hug and are always so glad to catch up even for a minute.  We just love each other and know we were meant to be friends.  I think we all have someone like that.

Here are a couple of listings from my shop that just might make you think of that special friend you care about! 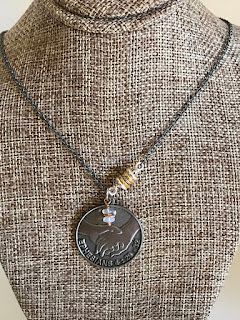 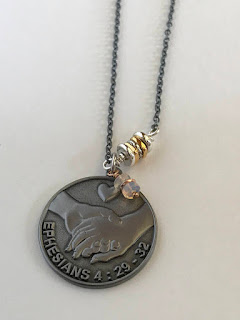 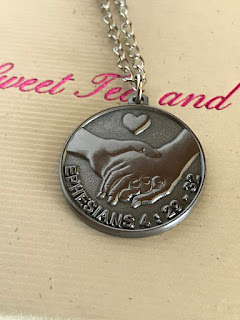 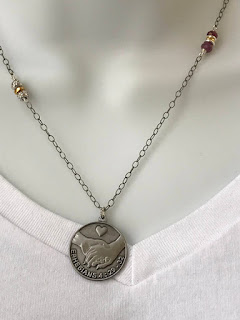 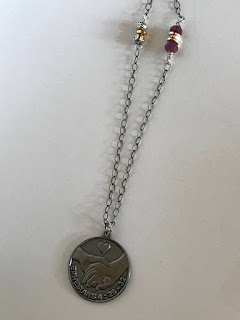