There's no better light for pictures than natural light.  I have really pretty light that comes through my house at different times of the day.  The time change took away one of my favorite places to make pictures of my jewelry.  We had some overcast days and rain last week so I had a hard time getting pictures I was happy with.  Today is really pretty outside.  It's cold, but the sun is out.

I have been going to make bracelets for men out of new beads I got, but haven't gotten to until today.  The beads are so much fun!  They look good, but they are really unusual and will look fashionable, but be conversation pieces at the same time.

The first three I have listed are these.

Two are made with ebony wood beads and one with Madre de Cacao.  All of them have a 925 Sterling Silver hollow iron cross bead.  The other beads are Rainforest Rhyolite, Phantom Quartz, and Night Sky Blue Sandstone.

The Rainforest Rhyolite are also called Australian Rainforest Jasper.  They look like aerial views of a tropical rainforest because of the colors.  They are volcanic rock and have the colors, design, and variations because the lava cooled too fast and/or there were air bubbles. 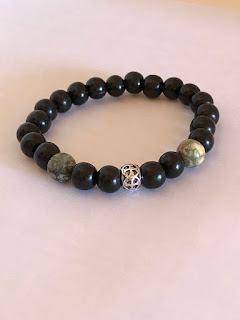 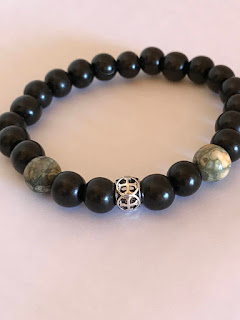 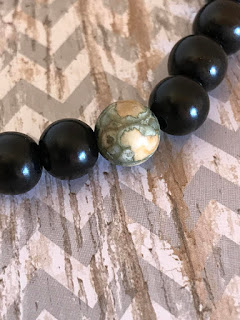 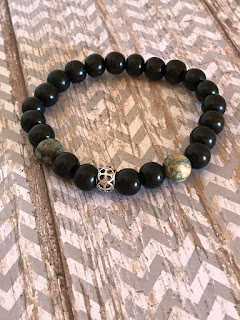 It is so amazing to me the beauty that forms right in our earth and because of the earth and its functions.

The Phantom Quartz beads are very mysterious looking.  They are formed by quartz forming over quartz and you can see pre-existing forms.  That is the phantom or "ghost" of the earlier formations.  They are so pretty and look like little terrariums. 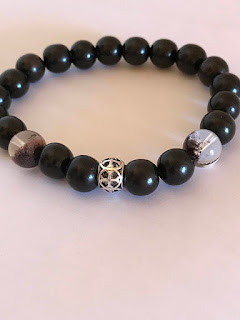 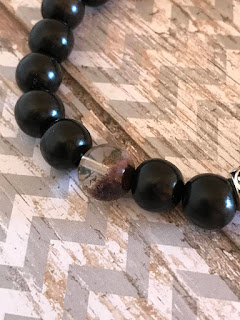 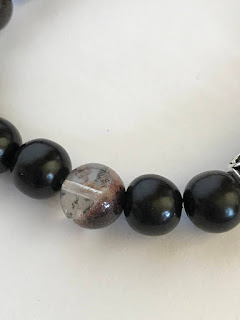 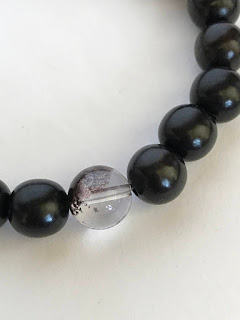 The next is Night Sky Blue Sandstone (Goldstone).  These gorgeous round beads look like a globe of the night sky.  The sparkles inside look like stars. 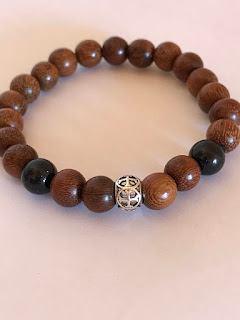 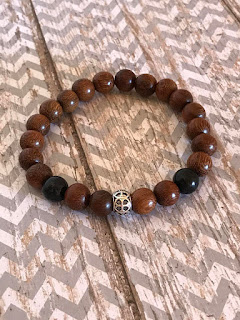 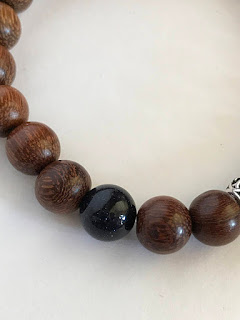 I am listing these two bracelets later today.  One is with Moldavite. They look like green glass and are formed by meteorite impacts on the earth. 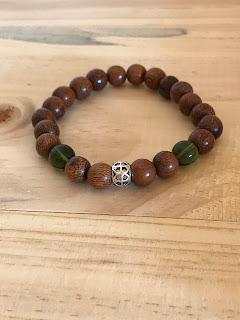 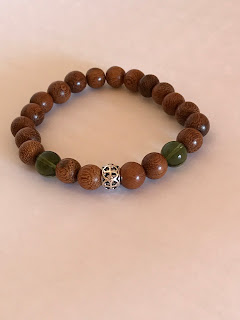 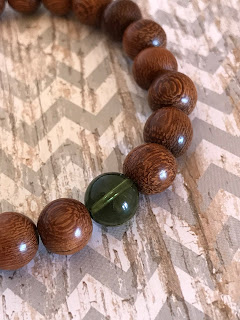 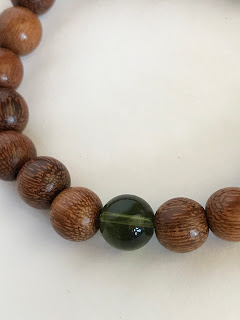 The other is Dragon Blood Jasper.  The are a member of the quartz family.  They are red and green and found in Australia where legend has it that there were dragons and this stone is from the skin (green) and blood (red) of dragon remains. 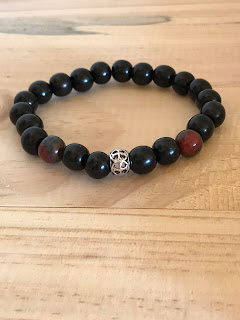 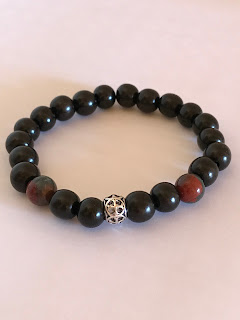 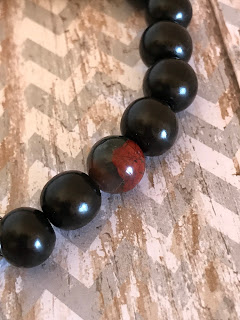 I don't know, I have two boys (well, men, they are now 19 and 21) and I have 5 nephews.  I know some guys appreciate beautful jewelry, but most guys I know would also like the story behind the stones in these bracelets.

I happen to find it pretty cool too!