I just got in some new beads for Fall and I am so excited about them.  I have already started making a few things.

I have some pictures of the beads.

I love the Fall colors in them.  I love using gemstones.  I love any kind of history and the stories behind them.  From the way they are formed to their names, they are just so interesting to me.

This bottom string is a picture of Kambaba Jasper, or also called Crocodile Jasper because of the dark green and black color.  It is a more exotic form of Jasper.  The layering of colors and formations are made by blue-green algae and the earth's earliest forms of fossils. 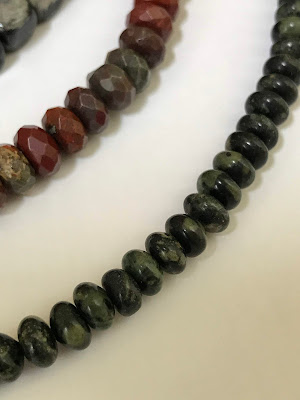 I have one of my favorite scented candles in the background! 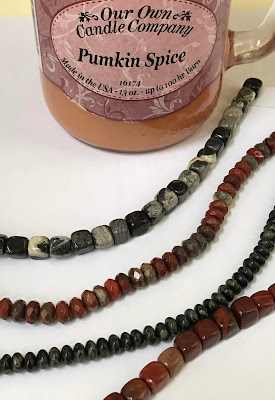 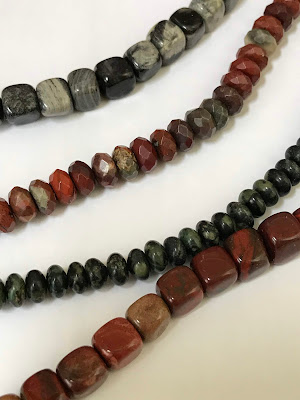 The other beads are Black Silver Leaf Jasper and Apple Jasper. 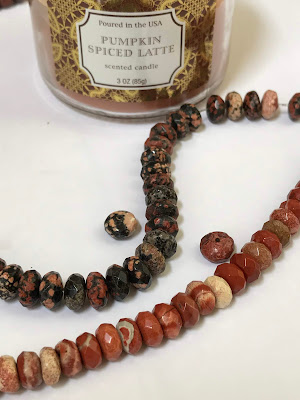 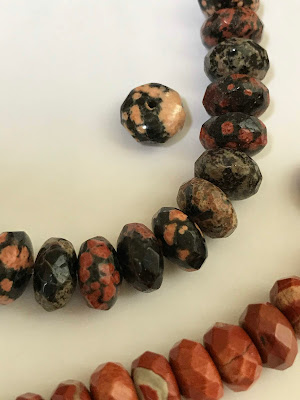 This is Cold Mountain Thunderegg Agate.  The browns and cream and blue running through it are just beautiful.  The Chalcedony center makes them really stand out.  When they say don't judge a book by its cover, they could be talking about these.  They might look like an ordinary rock on the outside, but opening them up shows detailed patterns and colors.  They can be found in other places, but in the United States, Oregon is the biggest location.  The legend behind these are that the Native Americans believed the rocks were eggs of the thunderbirds that occupied Mount Hood and Mount Jefferson in Oregon and that the Thunder Spirits on the mountains hurled them at each other. 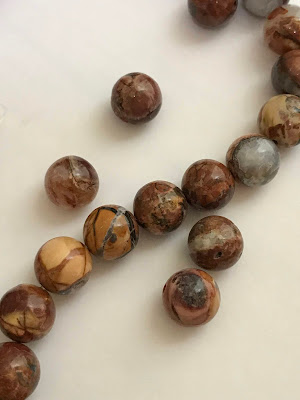 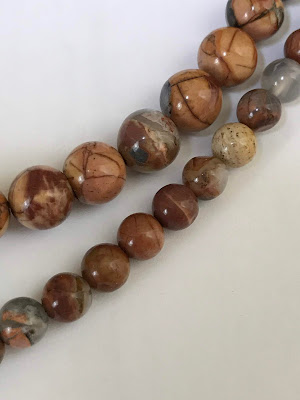 I think my favorite new beads are the Turritella Agate.  The colors are gorgeous.  The white and tan colors you see in the brown are fossil snails. 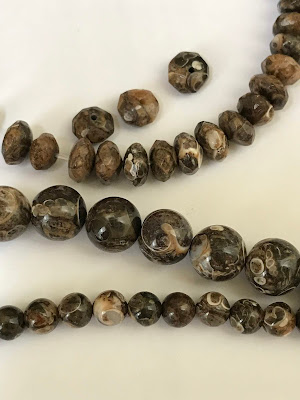 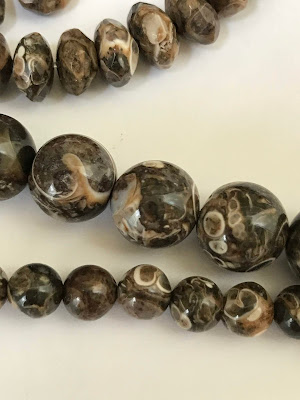 How did they form???


About 50 million years ago, during the Eocene epoch, the young Rocky Mountains were almost finished growing, and the landscape of what is now parts of Colorado, Utah, and Wyoming consisted of rugged mountains separated by broad intermountain basins. Rains falling on the slopes of these mountains ran off of the land and collected into streams that carried sand, silt, mud, and dissolved materials down into the lakes that occupied the intermountain basins. Over time, these sediments began filling the lakes, and many types of fossils were preserved within them.
Abundant plants and algae grew on the margins of these lakes, providing a perfect habitat and food source for Elimia tenera, the freshwater snail. When the snails died, their shells sank to the bottom of the lake. The snails were so prolific that entire lenses of sediment were composed almost entirely of their shells.
After these layers were buried, groundwater moved through the sediments. Small amounts of dissolved microcrystalline silica in the groundwater began to precipitate, possibly in the form of a gel, within the cavities of the snail shells and the empty spaces between them. Over time, the entire mass of fossils was silicified, forming the brown fossiliferous agate (also known as chalcedony) that we know today as Turritella agate.  (https://geology.com/gemstones/turritella/)

Aren't these beautiful?!  I love the cube trend with the stones. 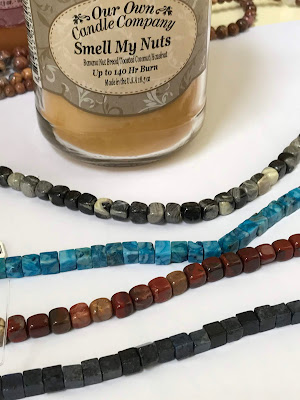 I would apologize for the picture of one of my scented candles, but I will be honest.  With that name I had to buy it if even to just sit out as a conversation piece.

I will post my creations with these new additions soon!